In the summer of 2008, I traveled for eight days to the island of Aruba. My parents have a timeshare that they own and at the last minute they decided that they weren’t going to be able to use it. When they said I could use the timeshare to go wherever I wanted, I jumped at the opportunity. I did a lot of research and finally decided to travel to Aruba.

Before this trip I didn’t even know where Aruba was. I knew it was an island, but that was about all I knew.

In case you don’t know, Aruba is a small island about 25 miles north of Venezuela. It’s a part of the Dutch Caribbean and the people there speak four different languages: Dutch, Spanish, English, and the native language of Papiamento. In my entire time there, I failed to meet a single person that did not speak at least some English.

When I started my trip I flew out of Salt Lake City International and first went to Atlanta, Georgia before boarding the plane that would take me to Aruba. It was a long flight for what seemed like an island not that far away. 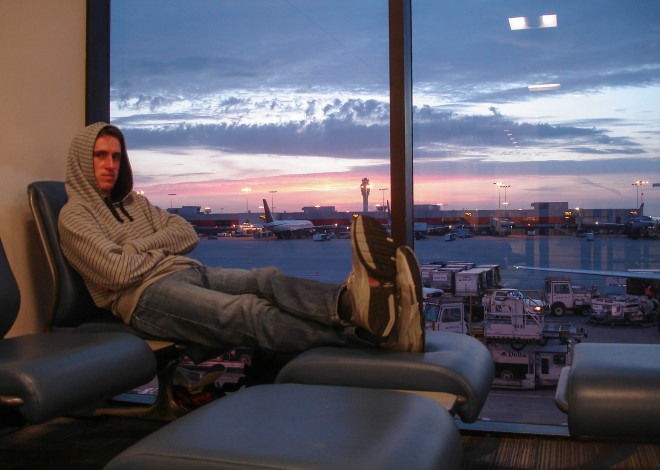 Because of the work I’ve been doing on my website at www.bicycletouringpro.com, I bought a Bike Friday folding bike and took it with me on the trip. The great thing about this bike is that it folds up and fits inside a standard suitcase. This is a huge benefit because you don’t have to pay any extra fees to fly with your bicycle. And now that airlines are charging for second bags and a whole host of otherwise normally free items, this will save me a huge amount of money in the future.

Anyway, once I arrived in Aruba I had to immediately put my bike together and ride to the hotel. I found a small island between two busy lanes of traffic and put my bike together here. It was so hot and humid that in just a few moments I was instantly covered in sweat. It was horrible. 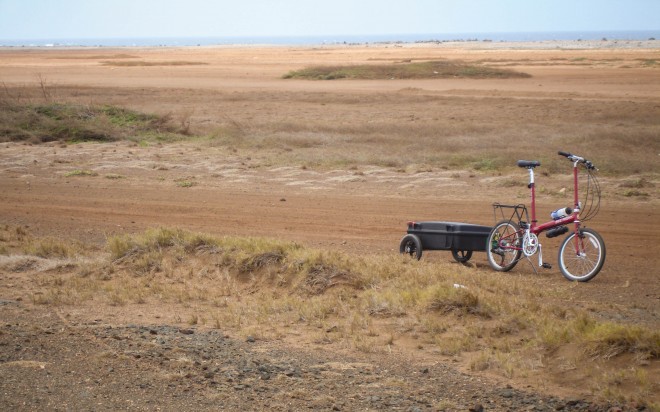 Once I had the bike together I had to ride about 6 miles from the airport to the hotel. This sounded easy back home, but once I got out on the road, it was a complete nightmare. The roads in Aruba are crazy! There is no shoulder, there is glass in the road, and the drivers honk at you! To make it worse, I was pulling a trailer behind me and it was making my ride three times more difficult.

I did eventually get to the hotel, but by that time I was practically in a state of shock.

The first night in Aruba was not a good one. I was running on about an hour’s worth of sleep and I was depressed as hell (I’m not exactly sure why). 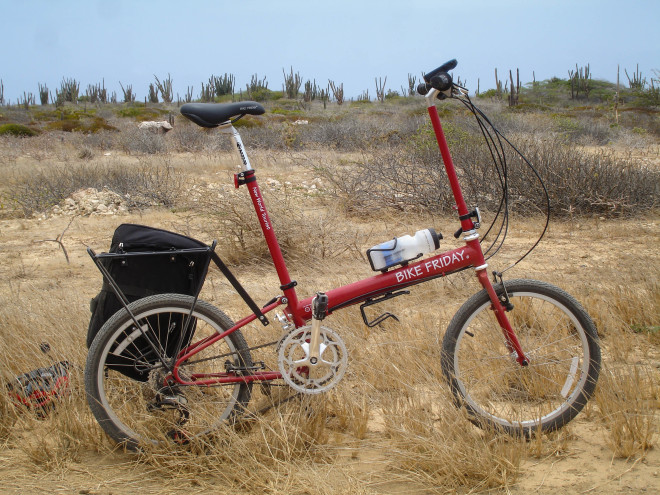 Later that day I rode back to the main part of the island and checked into the timeshare resort. The resort was located about a mile from the beach, but I found this to be a great benefit. It was away from most of the crowds and my room came with a balcony with an excellent view of the fancy resorts and casinos that line the northern coast.

Inside my room I had a bedroom, 2 bathrooms, a fully stocked kitchen, and a living room. It was more than I needed and it was my home away from home.

Most days in Aruba I woke up late, checked my email, and then went on a bike ride for a couple hours during the day. Then at night I would return home, take a shower and walk down to the tourist area to get some dinner (usually just French fries). Then I would walk back to the resort, watch some TV and eat my dinner, and then go down to the pool, check my email again, and write some articles for my bicycle touring website. 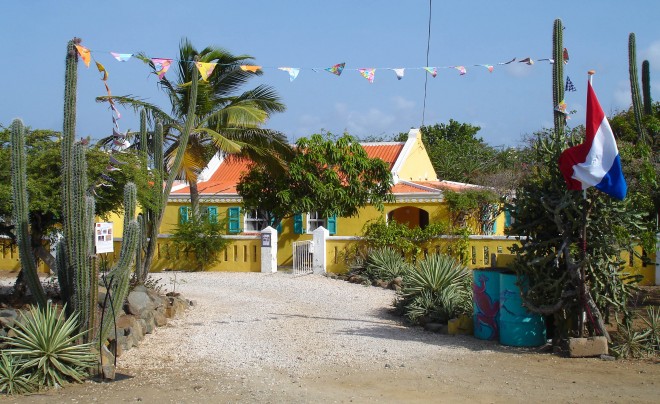 As I think back on it now, these were perfect days. I was doing everything that I like to do! I could sleep in late, go on a bike ride, eat my dinner in peace, and hang out on the Internet. If I could work my life out so I could do this every single day, I’d be a very happy person.

I could go into great detail and tell you every little thing that happened to me out there, but I’d rather not. Instead, I’ll share some photos with you and that will be it. 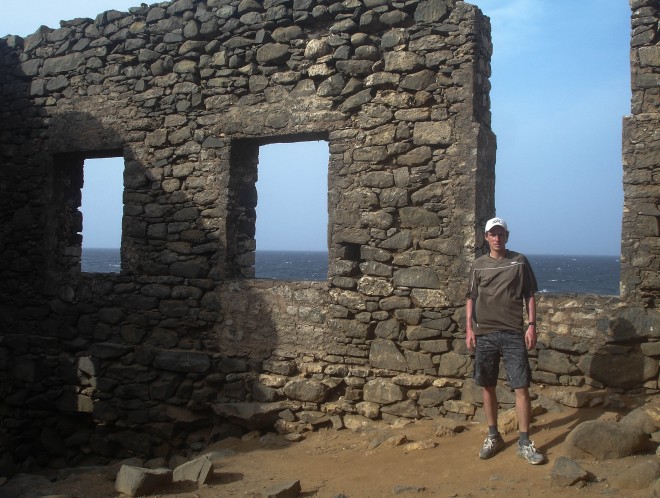 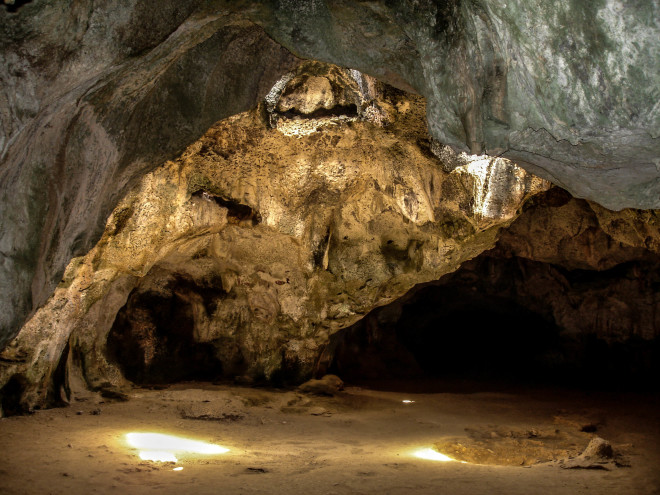 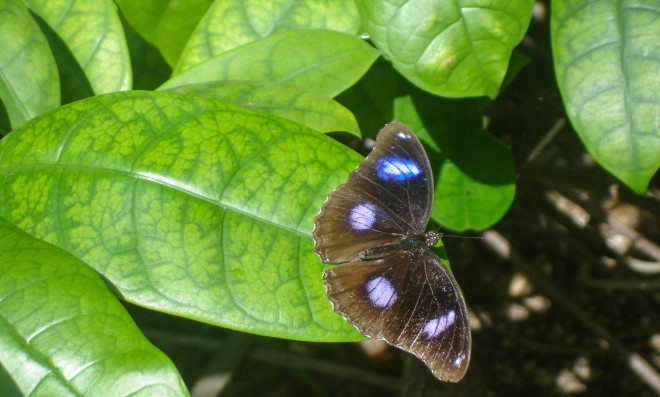 To wrap things up I’d simply like to state that when I first got to Aruba I nearly had a panic attack and wanted to leave immediately. But once I got settled in I really began to enjoy myself and didn’t want to leave. I could have easily stayed there for another few weeks. I really liked it… and I’m sure glad I went.

6 thoughts on “Eight Days In Aruba: My Cycling Adventure”